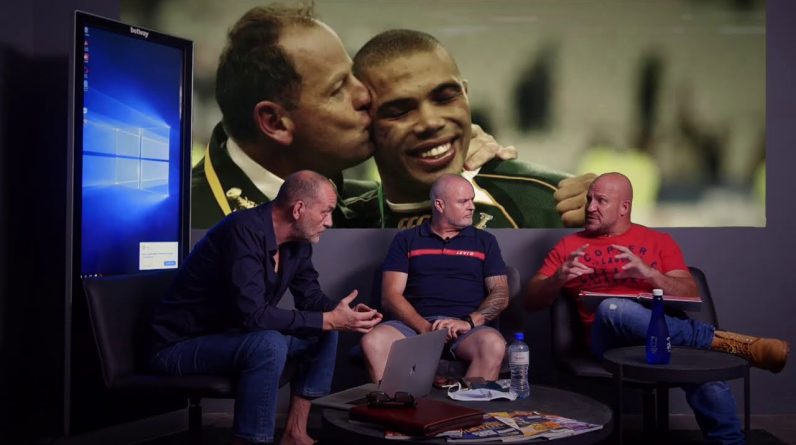 
Is Lievremont Losing the Plot?

The fall-out from the France loss in Italy has begun. The French public are in uproar, and the repercussions of France’s first ever loss to Italy have begun. Lievremont has dropped 6 players, Sylvain Marconnet, Jerome Thion, Sebastien Chabal, Yannick Jauzion, Clement Poitrenaud and Aurelien Rougerie, for their final match at home to Wales.

It has been eight long years since England won the Six Nations Grand Slam, during which the nation’s rugby team underwent a total transformation. Their World Cup triumph not only sparked enormous celebrations, but also the end of a golden generation led by Johnny Wilkinson and their current team manager Martin Johnson. However, ‘Swing Low Sweet Chariot’ has the chance of being heard around the world once more if the team were to beat the Irish in Dublin on Saturday and win the whole bundle.

The First International Rugby League match took place on 1st January 1908 and the result was Wales – 9, New Zealand All Golds – 8 in Aberdare. In 1907-08, Albert Henry Baskerville organized a group of New Zealand players for a professional tour to the UK against Northern Union opposition. Dubbed the All Golds they included Australian Dally Messenger as a guest and played a total of 46 matches including the first RL international against Wales. Although the All Golds led 8 -3 at half time the Welsh came back strongly and Dai Jones scored a try with only minutes to go.

All Blacks Rugby Team of the Year 2010

t the end of last year the All Blacks rugby team were named the International Rugby Board (IRB) Team of the Year for 2010, putting them in the box seat as favourites for the 2011 World Cup in New Zealand. The All Blacks are New Zealand’s men’s representative rugby team and are widely considered to be one of the most successful teams in sport.

This year is the 2011 Rugby World Cup which is set to be held in New Zealand. The tournament is the biggest in the rugby calendar and becomes bigger every year, as does the rivalry between competing nations. With every passing World Cup the desire to get hold of the rugby jerseys being worn by the competing nations gets even greater and this year it looks set to be a record breaking year for the sales of Rugby World Cup Shirts.