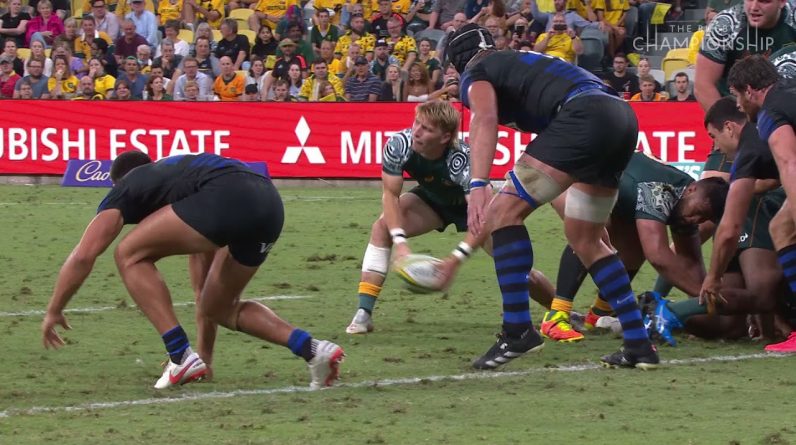 
The Road Ahead For Martin Johnsson

Martin Johnsson could of had an easy life earning good money being a motivational speaker, but he choose to make his coaching debut in the unforgiving world of international rugby. Some would say that it’s a testament to his spirit, that he would choose the difficult route. Time will tell. One thing is certain Martin Johnsson may be given an extended grace period, but sooner or later if England don’t start performing the daggers will be out.

Should Steve Tandy by Part of the Welsh Six Nations Rugby Squad?

Should Steve Tandy be part of the Welsh rugby Six nations squad? Here we examine his competition and his merits.

Harlequins Are Ready to Take Next Step

For a long time now, The Harlequins have been famous for the design of their unique rugby shirts and not a lot else, but this season (08/09) has seen the team develop and you just get the feeling they’re on the verge of achieving something. With back to back wins over French giants Stade Francais, Harlequins have shown they have the ability and determination to win the big games and not be overwhelmed by the occasion.

Rugby Injuries I started playing rugby at the age of 10 and have been passionate about the game ever since. I retired from the game at the age of 29 after a series of injuries that may have affected my ability to work as an osteopathic practitioner including a large Kiwi prop stamping on my wrist! A serious cervical spine injury at the age of nineteen first caused me to seek out osteopathy after physio and more traditional treatment had failed to resolve my neck pain.

How Global Financial Crisis is Affecting Rugby Football in Europe

Every aspect of the Global economy is reeling from the effects of the Financial Crisis. While some sectors have been hit harder than others, it is evident that no sector has been spared. In recent times, the implications of the Crisis on sports, rugby included, has began to show. Teams have started to feel the pinch and many have started taking measures to brace for the looming tough times ahead.