Home Videos The War Room: Brace for Bok backlash in one for the ages! 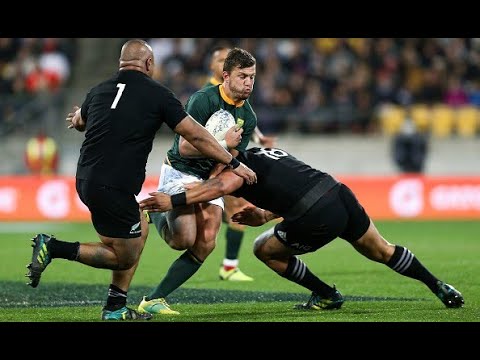 The winning margins have not been quite as large as some spread bettors had hoped, and there has been a few close moments to terrify others, but Ian McGeechan has done what he set out to do, and has earned six wins from six-warm up matches. But for Rugby Union fans and spread punters, The British & Irish Lions tour of South Africa only really gets going on Saturday, as the tourists return to Durban to face the Springboks at the 52,000 capacity Kings Park Stadium.

The practice games are now over, now it is a three test series against the World Champions, South Africa. If that doesn’t make you bite your nails with glee, then next Saturday certainly will do.

Ian McGeechan, head coach of the British Lions is famous for those quiet motivational speeches that make you believe you can do anything, thanks to the ‘Living with Lions’ series which covers the victorious 1997 British Lions tour of South Africa. Apart from his tactical nous, I believe it is this ability to motivate his players that makes the former school teacher the most dangerous man in the British Lions dressing room.

With the emergence of the Kenyan national sevens team in the recent years to become one of the real forces on the IRB World Series, it would seem natural that a number of tournaments in the home nation of the side would also emerge as a training ground for future players. This is certainly the case throughout the other major sevens playing nations such as South Africa, England, New Zealand even the USA. In Kenya though there is only one such tournament, only one tournament that the beloved followers of the Kenyan sevens team can see their heroes play on home ground and that is the Tusker Safari Sevens in Nairobi.

The Countdown has already begun, The British Lions and Irish Lions tour to South Africa will happen this summer. Thousands of British Lions fans have already booked their tickets and made reservations to confirm their presence at the event. It will be undoubtedly the biggest and the best event of the year.